To: Officer Brian Seyfarth of the Adams County PD 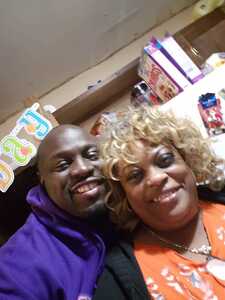 We are demanding that Adams County Officer Brian Seyfarth go on the record about the police misconduct he allowed to happen under his watch in the case of Gary White.

My son, Gary White, should be at home with his wife and his three little girls right now. Instead, he is serving a 20 year prison sentence after an investigation full of police misconduct that happened under supervising Officer Brian Seyfarth’s watch. On a night in November 2017 on his way to the store, my son, Gary White accidentally hit a white woman, Megan Gunter Smith, who had just run straight into traffic. Multiple witnesses stated they would've hit the woman as well since she ran directly into traffic. Not realizing he hit a person (he thought it was an animal), Gary parked his car in a nearby Walmart parking lot. He went back to the scene, called his family, then stayed at the scene until the police arrived. But once they arrived, Officer Thomas Borum illegally drew Gary’s blood without his consent. He then stored that blood in a police locker for days, a clear mishandling of evidence. Officer Borum’s supervisor, Officer Brian Seyfarth, is running for election as Adams County Sheriff next week and intends to represent the people of Natchez, Mississippi. Yet, he has yet to make a public statement about why he allowed this police misconduct to happen under his supervision.

In March of 2019, the courts used the blood that Officer Borum illegally drew from Gary to pile on additional charges, bringing his sentence from 2-3 years to 20 years. Gary is now in jail. His family has had no rights to visit him in county jail for almost 7 months and he was being deprived of water, food and air conditioning in his cell. As of last week, Gary has been moved to the Parchman State Penitentiary. The situation will most likely only get worse in Parchman.

This conviction comes on the heels of 2 recent accidents in which black citizens in Natchez were killed by white motorists with no charges and no trial. But when a white woman was killed in an accident that several eyewitnesses have come forward to say wasn't Gary's fault, the punishment was swift, severe, and and completely life-altering. The message that this racial disparity in law enforcement sends is clear: Black people's lives matter less that anyone else's in Natchez, Mississippi.

Mississippi has the 3rd highest incarceration rate in the country. Mass incarceration, over-policing and wrongful convictions of Black and brown communities in Mississippi are part of the systemic issues that have led to such a high statistic. We need to demand transparency and accountability in these cases to bring about a fair trial.

As Officer Borum's supervisor, Officer Seyfarth failed to live up to his responsibility to ensure that evidence was not mishandled in the pursuit of justice. Let him know that no one who turns a blind eye to racist corruption in his own department is fit to serve in public office. Demand that Officer Brian Seyfarth make a public statement about the mishandling of evidence that happened under his watch immediately!

We will deliver the petitions in front the Adams County Courthouse on Friday, November 1st: bit.ly/JusticeForGary