Charge Darren Wilson for the Murder of Michael Brown 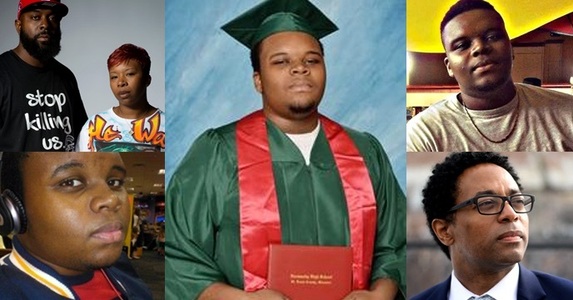 We want Wesley Bell to charge Darren Wilson for the murder of Michael Brown. Former St. Louis County Prosecutor Bob McCulloch abused his discretion by refusing to issue any charges against Ferguson Police Officer Darren Wilson. McCulloch orchestrated an unorthodox and unethical grand jury process which resulted in no charges being filed against Darren Wilson. McCulloch made a political move he thought would shield him from police and public criticism. It was a miscarriage of justice that should have never happened.

McCulloch failed to give the grand jury proper direction and overwhelmed them with redundant and misleading information. As a result the grand jurors did not reach a majority decision that probable cause existed to charge Darren Wilson. Probable cause is a reasonable suspicion supported by circumstances that the facts are probably true. Grand juries typically indict over 90% of the cases brought before them. The grand jury does not determine guilt or innocence just probable cause to move forward with criminal charges. A lawsuit was filed against McCulloch by one of the grand jurors detailing the differences in how this case was handled compared to other cases before the grand jury and exposing their experience on the grand jury in this case.
McCulloch admitted to allowing witnesses he knew were NOT telling the truth to testify before the grand jury.
McCulloch thought he could avoid accountability, he was wrong. On Tuesday, August 8, 2018 the voters of St. Louis County made their power known by electing reform advocate Wesley Bell.