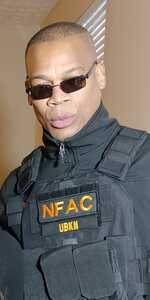 The purpose of this petition is to advocate for Mr. John F. Johnson and bring awareness, to his battle with the US Federal Government as the leader of the largest Black Militia in the US. Mr. Johnson was convicted in Federal Court in Louisville, Kentucky under very dubious circumstances. One of these circumstances is that Mr. Johnson led the NFAC Militia Formations into Louisville twice in the summer of 2020 to bring transparency to the case of Breonna Taylor who was killed by the Louisville Metro PD in March of 2020. Three Months after the second formation on September 4, 2020, which occurred at the Kentucky Derby where the Commonwealth of Kentucky lost over 165 Million Dollars in revenue, Mr. Johnson was arrested by a Federal Task Force for impeding/resisting/assaulting a Federal Officer, which allegedly occurred the night before that Formation.

On May 27, 2022, Mr. Johnson was convicted of Wanton Endangerment, by a jury of 12 persons. Mr. Johnson is facing sentencing on November 9, 2022, where he could be sentenced up to 35 years in prison, which is a life sentence for standing up for the unjustified murder of Breonna Taylor.

We are demanding for Mr. Johnson not only to be released from pre-sentencing custody, and not only ALL state charges to be dismissed, and not only for him to be acquitted of his conviction, but also a formal investigation into the conspiracy to silence, imprison, and retaliate against Mr. Johnson for standing up for Breonna Taylor.

Seeing an innocent Black Man railroaded by this crooked justice system has darkened my spirit since a small child, when the same was done to my uncle.

I'm writing this because I am a mother of 3 Black humans (ages: 24, 21 and 15) and believe that Grand Master Jay's teachings and guidance would/can make an enormous impact on the lives of my children, as well as the lives of All Black People (any age).

As history has shown, every strong, motivational, inspirational, spiritual and intellectually intelligent Black male figure, who has spoken up against this crooked justice system, and who talks only of Black pride and power, is either dead, in jail, or silenced. This is an undeniable fact.