A danger to Black lives: #StopMcCulloch 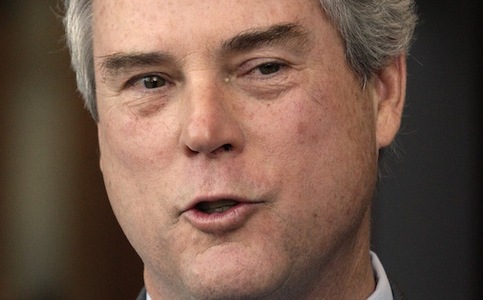 There is a crisis of integrity in the Missouri justice system that requires your intervention. Since the St. Louis grand jury’s decision not to indict Officer Darren Wilson in the tragic killing of Mike Brown, damning revelations have surfaced regarding Prosecuting Attorney Bob McCulloch’s conduct during the proceedings.

It is clear that McCulloch acted in bad faith to do everything in his power to prevent Wilson from being prosecuted. McCulloch and his team gave the Grand Jury unconstitutional guidance on police use of force. They presented witness testimony favoring Officer Wilson that was known to be false. Wilson was allowed to present an affirmative defense to the Grand Jury, contrary to common practice in Missouri. And prosecutors failed to challenge significant contradictions and inconsistencies between Wilson’s testimony, his earlier statements to police, and the physical evidence. This is not how the justice system is meant to work.

St. Louis County Prosecutor Bob McCulloch is the prosecutor who was supposed to make sure Officer Darren Wilson faced justice for killing Mike Brown. Instead, he acted in bad faith and rigged the process to protect Wilson and prevent justice. We cannot allow this type of discrimination and corruption to continue without consequence in Missouri’s justice system. It’s time to demand that a special prosecutor investigate McCulloch’s outrageous, unethical, and potentially illegal conduct, and hold Darren Wilson accountable for the murder of Mike Brown.

McCulloch could have decided to arrest and prosecute Darren Wilson the day he killed Mike Brown. But instead, as is all to common when the victim is Black and the killer is a police officer, McCulloch convened a grand jury for political cover – and did everything he could to make sure they choose not to bring charges against Wilson.2

The list of McCulloch’s errors is long. McCulloch and his team gave the grand jury unconstitutional guidance on police use of force. They presented testimony favoring Officer Wilson that was known to be perjury, such as Sandra McElroy, an avid racist who drove to Canfield drive in order to “understand the Black race better so I stop calling Blacks N****** and Start calling them People.”3 McCulloch also allowed Wilson to defend himself to the grand jury in a way that’s not usually allowed. And prosecutors failed to challenge significant contradictions and inconsistencies between Wilson’s testimony, his earlier statements to police, and the physical evidence. The grand jury was a sham.

As we all know, no charges were filed against Wilson, and instead of taking responsibility for this, McCulloch can just say “it was the grand jury’s decision.” Join us in demanding that McCulloch face accountability for engineering this miscarriage of justice.

As long as McCulloch remains in office with no oversight, the lives of Black Missourians are in grave danger. McCulloch’s history is clear: he is unable to hold law enforcement that abuse and kill Black residents accountable. In 2001, McCulloch failed to charge two police officers that killed unarmed Earl Murray and Ronald Beasley in a storm of 21 bullets, later calling the victims "bums" at a press conference. 5

Since Mike Brown was killed, Kajieme Powell, VonDerrit Myers and Antonio Myers were fatally shot by police in the St. Louis area. And nationwide, countless other Black loved ones have been lost to the systemic crisis of discriminatory police violence. A new racial justice movement to end these tragic killings is growing stronger each day. And freedom requires a complete overhaul of the justice system’s business as usual--starting with McCulloch.