To: Governor Nikki Haley and members of the South Carolina Legislature

Take down the confederate flag from the South Carolina Capitol

This campaign has ended. 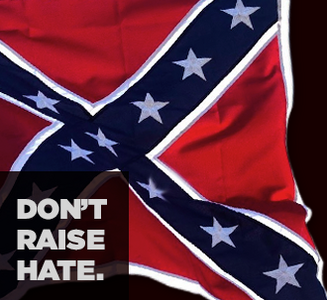 We demand that you respect all South Carolinians and use your power and influence to ensure the confederate flag is removed from the capitol grounds.

-Jamarr Brown and the undersigned

The killer, Dylann Storm Roof, grew up in a South Carolina that still embraced the confederate flag — a flag that was born out of a government defending the enslavement of Black people and resurrected as an emblem for whites violently opposing racial integration. He attended high school in Columbia, just a few minutes from the state capitol grounds where that flag is waving. That flag sends a message that South Carolina still cherishes a legacy of racial violence. Even more disturbing, the flag allows those who decide to act out this history to justify their actions. Roof is one of those. While committing his act of terror he said, “I have to do it. You rape our women and you’re taking over the country."

He did not have to murder innocent churchgoers, but the racial culture that exists led him to believe that he could. But, he was mistaken - black people cannot take over a country that they have been a part of since the very beginning.

The United States is our home. And, South Carolina is my home. In fact, my family has lived in the state for four generations now. We have witnessed racism, oppression and economic depression in our community for decades. We deserve better. And, we are demanding better. It’s time now for South Carolina to take down this terrible symbol of racial violence once and for all.

Petition is successful with 55,987 signatures

Petition is successful with 55,972 signatures