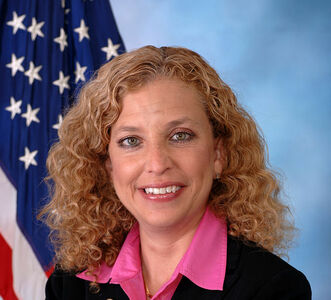 UPDATE 10/22/15 regarding DNC response to our campaign (Full Statement Linked Below):

It is a given that our network, in collaboration with our allies and supporters, will conduct issue forums and town hall meetings at the local, regional and national levels to help our communities make informed choices in 2016 that help advance our collective interests.

We want a debate supported by the DNC that will speak directly and proactively to the issues impacting black people in this country. Debates that are shaped by the corporate media will never adequately address the issues we care about.

We urge the DNC to work with movements and core constituency groups that can help generate substantive conversation beyond the talking points that you can easily find on the websites of candidates. The DNC must commit to not punish candidates that choose to participate in other debates beyond those sanctioned by the DNC. The issues we care about include but are not limited to: over policing and blue on black violence; violence and economic disenfranchisement of transgender people; patterns of incarceration leading to the world's most bloated prison industry; systemic and historic forms of economic policies that level black communities; attacks on organized labor and the dismantling of the safety net, the criminalization of immigrants, and more.

Limiting the number of debates unfairly privileges some candidates over others, and cheats voters out of the opportunity to fully engage candidates on issues we care about. Black voters, in particular, constitute a significant proportion of the potential voting bloc. Those of us who (reluctantly) give our votes to the Democratic Party deserve more robust forums on issues of particular concern to our communities, at home and abroad.

According to the Center for American Progress (CAP), in 2012, Black women voted at a higher rate than any other group, across ethnicity, gender and race. In fact, more than 70% of registered Black women voted in the 2012 Presidential election, and overwhelmingly voted Democrat. More than 61% of registered Black men voted in the 2012 Presidential election--less than 1% shy of voting turnout for white men.

This last year alone has demonstrated clearly that Black lives are under attack--from police violence to the murders of black trans women to economic disenfranchisement and neoliberal polices. It's time to extend the public conversation beyond the status quo. We want to hear candidates debate and offer tangible solutions to the myriad issues impacting Black people. Lifting the unfair restriction on the number of debates and supporting a Black Lives Matter Presidential debate is a step in the right direction.

-Elle Hearns, Robbie Clark, Anita Moore and the rest of the BLM team