Change the Name of Plantation Street 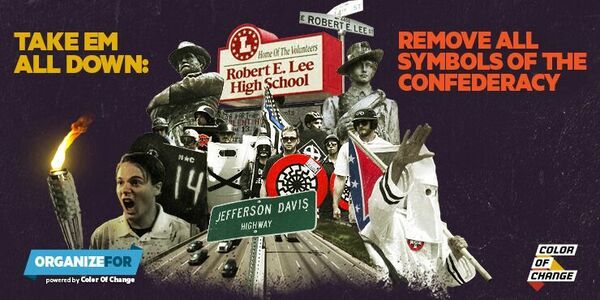 We demand that you rename Plantation Street in Worcester, Massachusetts as it is a symbol of oppression. Instead, we demand that homage is paid to those who died in the quest to free themselves from from the hands of those sought to keep them as laborers never as citizens and as property not as people. We demand that Plantation Street be renamed in honor of those who fought for their freedom. Currently, the name "Plantation Street" serves as a reminder of a painful history for descendants of African American slaves.

We demand that you permanently remove names and symbols of white supremacy.

The time has come for us to stop honoring both those who fought to preserve the institution of Black bondage as well as those who profited from it.

We should not have to attend schools or walk streets named after traitors who fought to keep others in bondage or profiteers who grew their wealth and power on the backs of those they saw as less than human.

They are not heroes! Naming institutions and streets after Confederate Generals and slave peddlers contributes to the myth of the noble Confederacy and the romanticizing of slavery as being "not that bad."

This works to harm Black Americans by creating a false perception of just how far anti-Black racism reaches from past actions to present policies. It stands in the way of having honest dialogue about what system level changes need to happen to truly give America the courage to battle entrenched racism and truly become exceptional.

It is time that we honor the lives and deaths of those who came before us in the fight for the humanity of Black people.