To: Garrett County Public Schools & Board of Education 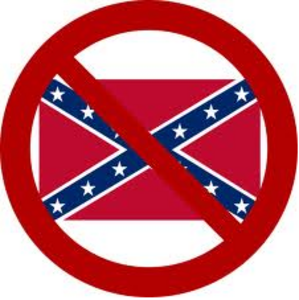 Ban the Confederate Flag and its symbols from clothing, memorabilia, vehicles on school grounds, and at school-sponsored events.

My name is Chloe Mikala (Anderson). I was born and raised in Garrett County, MD and I am a 2011 Southern Garrett High School Alum. I have been inspired by so many locals protesting in support of Black Lives Matter. Something I never thought I would see in my hometown. I was also impressed by Mayor Don Sincell’s address on racism, police brutality, and the call for everyone to practice being anti-racist. Again, something else I never thought I would see.

So, let’s keep this momentum going! Join me in petitioning GCPS and the Board of Education in banning the Confederate Flag and its symbols from clothing, memorabilia, vehicles on school grounds, and at school-sponsored events

It’s upsetting that the Confederate Flag removal has to even be a topic of discussion. The history and pain behind it is so obvious, that its removal should be swift and simple. This is America though, and nothing is ever swift and simple.

Superintendent Barbara Baker and President Tom Woods have agreed that it is a topic of discussion at their upcoming meetings (June 23rd & July 14th), so let’s make sure that they hear our voices!

The Confederate Flag’s association with the KKK, alone, should say enough about what it stands for and the pain and harm it brings to Black people. This flag is a symbol that states flew to support segregation laws during the Civil Rights era and is a symbol of white supremacy nation wide. As a Black woman myself, I hated seeing the Confederate Flag all throughout my schooling in Garrett County because it made me feel ostracized, hated, and unwanted. The Confederate Flag has a place in the history books, but not on display on school grounds.

And for those that argue “heritage”: Confederate Vice President Alexander H. Stephens said in his 1861 “Cornerstone speech,” “Our new government is founded upon … the great truth that the negro is not equal to the white man; that slavery subordination to the superior race is his natural and normal condition.” This is their “heritage.”

Ask yourselves, would you allow Nazi symbols to be on school grounds? If your answer is no (which it should be because WTF?!) then you should understand why the Confederate Flag and its symbols should also not be allowed on school grounds.

If Carroll County, Nascar (NASCAR?!), and the Navy can ban the Confederate flag, then so can Garrett County Public Schools.